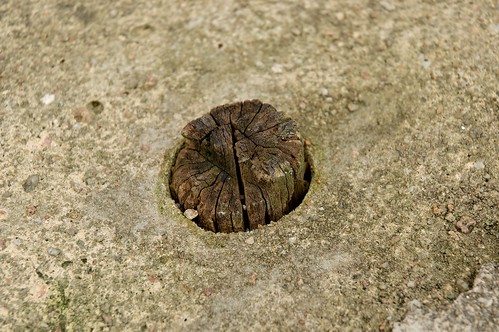 I’ve been thinking on this a little bit lately. I’m just about to make some more changes at work, and I have to admit, for a while there I was toying with becoming an ‘innie’.

There is something quite seductive about having the access to resources that innies have that outies never really get. Especially if you work somewhere really big. You might also get to work on stuff that *really* matters, that makes a difference to lots of peoples lives every day. This is pretty powerful stuff.

But… at the end of the day… you only get to work on more or less the same stuff, month after month. You can look forward six months into the future and have a fairly good idea of what you’ll be doing. This, for me, is the downside.

That, and I was never really sure that I wanted to back one company hard enough to commit to them with full time employment. (And they say men are the ones with commitment issues!)

Yes, I’ve been an outie almost all my career. I started off as an innie, but that job ended with a retrenchment (which I think was a good thing and I’m pretty sure didn’t scare me off the innie thing). And I’ve just chosen, again, to be as outie as you possible can be – to freelance.

(For those of you *completely* lost by this innie/outie business – an ‘innie’ is someone who works within a company as an Information Architect, Interaction Designer, User Researcher, etc. An ‘outie’, on the other hand, consults or works for a consultancy, and does IA, IxD etc. on a project by project basis usually as contracted by the large company.)

Are innies and outies different kinds of people? I think, perhaps, they are.

Innies must surely have a lot of patience for internal politics. In many cases, they have a slow moving ship they need to gradually turn around. They need to work very hard, often, to make the business aware of their presence and their importance, and to be able to get involved with the decision making early enough to do their job. They need persistence. They need to be happy to work with the same people for long stretches, even if those people cause them great frustration. They need to be able to deal with bureaucracy that often flies in the face of what they are trying to achieve.

Where innies must manage lack of change, many outies have the opposite problem – never ending flux. They not only have to adapt to new projects but often whole new industries every few months. New teams of people to work with, new sets of politics, new priorities, new objectives, new obstacles, new challenges. Often times they have the same challenges as innies, but they know that these will go away as this project ends and the new one commences. And they can always just fire the client if it gets extreme. Outies, as a rule, require more developed ‘consultancy’ skills – the ability to ‘manage’ clients, to sell ideas, to gain confidence in their abilities and their approach.

I was recently at the Enterprise 2.0 conference in Boston where I’d been invited to speak. There were a lot of ‘innies’ at that conference. A lot of big company innies. I have to say, by and large, it made me happy to be an outie. I felt that being an outie makes me more agile, more connected, more responsive – I feel a drive to keep in touch with what the rest of the world is doing, where I got the distinct feeling that there was a lot more navel gazing (sorry) going on amongst the innies, and that when they did look outwards, they never looked too far.

Sure, their projects may be the really large important ones. They may might be building a space shuttle. But perhaps some part of the innovative work that I was able to do on a much less ‘important’ project will one day feed into the design of a very important project. Who knows… maybe one day they’ll outsource the space shuttle? :)

It is my suspicion that, even if you have worked as both an innie or an outie, you know which one of these you *really* are. That you’re more one than the other.

I suspect that having the experience on both sides is a very valuable thing. Perhaps I should do more ‘innie’ work. But, at the end of the day… I’m most definitely an outtie, and that’s how I do my best work.

10 thoughts on “Innies and Outies”